Joseph White, 19, is working at Avon Protection based in Melksham on a Higher Level apprenticeship in ICT. He supports colleagues across the UK and the world via the helpdesk including the USA and Italy.

We began by asking Joseph about his school background and his experience of apprenticeships previously.

“I attended Wiltshire College for two years completing Level 2 and Level 3 BTECs in IT. I enjoyed the courses a lot but felt I had more to learn and wanted to continue into higher education. My Mum worked at Wiltshire College and put me in touch with the department who dealt with apprenticeships; from there things moved quickly. I found out more information about apprenticeships and saw this role on the Gov website which I applied for with ease. Beforehand I had no knowledge of apprenticeships. As I interviewed late in the year, in September, I had to wait until January of this year to start – but I already feel I have learnt more in these two months than I did in two years at College.”

We asked Joseph what his future ambitions were and what would he tell others about apprenticeships?

“After this two year course I will probably look to complete a degree and would consider doing this via an apprenticeship at Level 5/6. My friend is actually doing the same course at college but is paying full fees. I am lucky to be getting experience of the workplace and learning about the business as well, which is something he says he is not getting from being at college full time. So I would say that is a great benefit of an apprenticeship: the huge amount of work experience you get.” 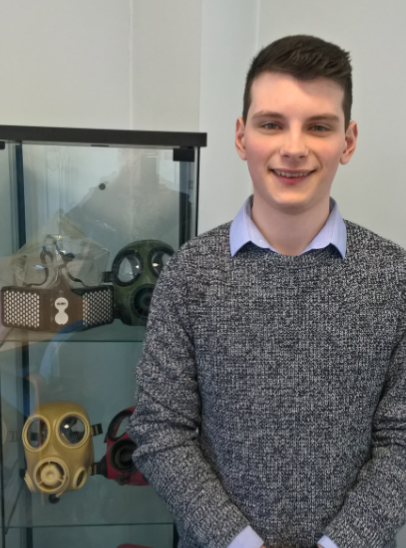