Denise Nott is an Area Engineer for the Local Highways team in the Highways and Transport department covering West Wiltshire. Denise joined the Council in 1993, beginning her career in the Social Services department as a staffing assistant based at County Hall. The following year Denise moved to the Planning and Highways Department as a clerical assistant. Over the years the role changed from clerical assistant to office manager and business support manager and more recently to an area engineer. Denise also acts as the Local Highways team lead on health and safety, risk and training matters.

The transition to area engineer began many years ago with Denise becoming more involved in the problem-solving aspects of the role and responding to enquiries received from the public. Denise found she wanted to be more involved in the technical aspect of the service. Her line manager at that time was highly supportive and encouraging of her shadowing the technical staff on site to become more familiar with the area and how to resolve highway maintenance issues. Denise has acquired several qualifications over her time with Wiltshire Council and is aware that the council offer apprenticeships as a route into the sector and several other services it provides. An engineer by osmosis, Denise does not hold any formal engineering qualifications but this has not prevented her from developing her skills and knowledge and progressing within the council. Denise can take advantage of a range of Continuous Professional Development opportunities on offer both in-house and through partners such as Atkins which has had a huge impact on Denise’s knowledge.

Denise manages highway work within the contract rather than people, and has developed a broad knowledge of the service. Her role covers the maintenance of Wiltshire’s highway network rather than improvements (such as the widening of carriageway or the installation of traffic calming schemes). Highway maintenance covers a wide remit such as repairing a variety of carriageway and footway defects, resolving drainage and flooding issues, dealing with overgrown and fallen hedges and trees, granting of various licences (such as the placement of skips and scaffolds on the highway) dealing with weather emergencies such as severe snow, high winds and heavy rain. Seasonal issues ensure that no two days are ever the same.

Denise studied Economics, English Literature and History at A Level, but chose not to go to university, which was often reserved for more professional career choices at the time. Denise commented that this has changed significantly since she left sixth form, with the expansion of university led provision. Denise’s first job after completing A levels was at an office in Calne, where she learnt every aspect of administration including HR, purchase ledger, and credit control before joining the council.

Denise enjoys building good relationships with the local town and parish councils and members of the public and communicates with a wide variety of people in her day to day role; the team was very male orientated when she first joined it and women tended to be in administrative roles only. This has changed significantly over the years and the change to a unitary authority in 2009 saw more women take up technical and engineering based roles. She admits that there have been moments during her career when she has had to prove that she was good at what she did but has demonstrated her skills and abilities time and again.

Denise is proud to work for Wiltshire Council adding that there are lots of positives; too many to count. One recent project that does stand out is being a member of the working party that launched the new Parish Steward Scheme.

Denise has some advice for women and girls that are interested in pursuing an engineering based career;

Not all technical and engineering roles are dirty or involve working outside or are maths and science based. Problem solving and project management are key aspects of the role and I love being able to get out in the area and learning Wiltshire’s landscape, helping to make a difference in the local community. 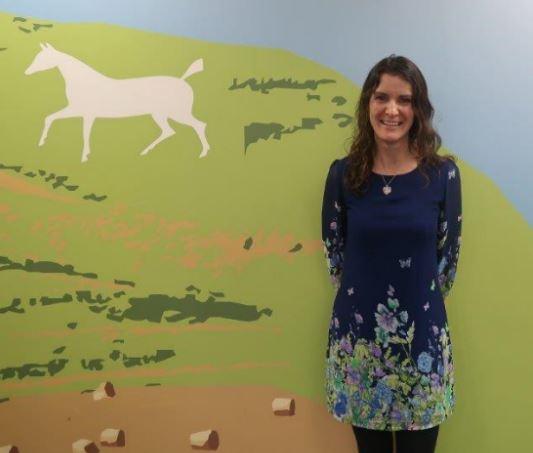